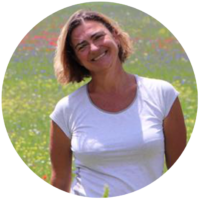 Naturalist and Assistent Professor at Siena University. Since 2005 she teaches Systematic Botany and Plant Diversity in the Università di Siena. 2008-2013 member of the Park Authority of the Foreste Casentinesi National Park and from 2016 member of Scientific Committee of Regional Park of Maremma. She served as referee Reviewer for many Scientific Journal. She’s interested in all aspect regarding the vegetation science and floristic studies, with emphasis on phytosociology, plant communities and habitats ecology, distribution pattern and conservation topics and plant species demography. She participated as scientific reference of Siena University to several national and international conservation and monitoring project of semi-natural habitats including Life projects and, as referent for Siena University, to “HASciTu”, “Monito-Rare” and “NAT-NET” and to “IV Report for Habitats of the Habitat Directive (92/43/EEC) present in Italy”.