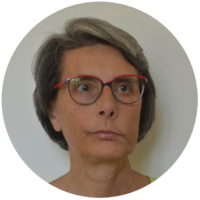 After the Laurea degree in Agricultural Sciences at the University of Naples, she received a PhD in Plant Science at the University of Aberdeen (UK), started her academic career and is now full professor of Environmental and Applied Botany at the University of Naples Federico II.
One of her main research interests is to investigate on the evolutionary adaptation of plant species to changing environmental conditions. A part of these studies is devoted to long term conservation of species in sight of climate changes.
In the scenario of human missions to Moon and Mars, the European and Italian Space Agencies involved her in projects aimed to study the effect of microgravity on plant biology. She was presented the Team Achievement Award by ESA for professional ability during space mission FOTON-M2.
She has been principal investigator and coordinator of numerous research projects including some in collaboration with NASA, ESA and ASI and performed on the International Space Station.