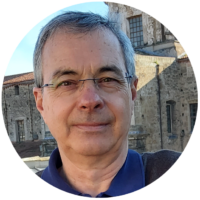 Professor of Agricultural Entomology. He graduated at University of Perugia working with the internationally known biocontrol researcher Fernando Bin, and remained at Perugia as a lecturer and teaching assistant in 1986. In 1987, he moved to Professor Brad Vinson’s group at Texas A&M University as a postdoctoral scholar before taking a faculty position at the University of Palermo as an associate professor, and was promoted to full professor in 2006. He has served as department head since 2015. He has conducted research as a visiting scientist in France, USA, Brazil, Argentina, and New Zealand, including spending a one-year sabbatical with Jocelyn Millar at University of California, Riverside in 2003. Dr. Colazza’s current research focuses on infochemicals and the behavioural ecology of plant-insect herbivores-insect parasitoid interactions in a multitrophic context, and on the chemical ecology of plant VOCs in a multitrophic context. He was elected as a fellow of the Italian Academy of Entomology, and the Academy of Georgofili. He currently serves as an associate editor for BioControl, and as specialty chief editor of Frontiers in Ecology and Evolution in the section of Chemical Ecology.