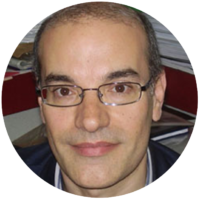 Claudio De Rosa is Full Professor of Industrial Chemistry at the University of Naples “Federico II”. He received his Doctor degree in Chemistry in 1983 (Magna Cum Laude) and the Ph.D. in Chemistry in 1989 at University of Naples. He is full Professor of Industrial Chemistry since 2002. He served as head of the Chemistry Department of the University of Naples “Federico II” from 2008 to 2015. He spent almost two years as visiting scientist at Massachusetts Institute of Technology (MIT) in Cambridge, Massachusetts (1998-1999). Recipient of many prizes, in particular, the Young Scientist Award, awarded by the IUPAC Macro Committee (1999). His research activity comprises the study of the structure and the interplay between physical properties and the molecular and crystalline structure of polymers. He is author of about 350 papers published in international scientific journals