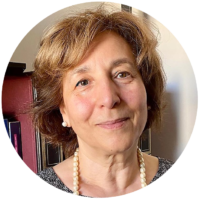 Pompea (Giuseppina Grazia) DEL VECCHIO is professor at the University of Naples Federico II. She received the PhD in Chemical Sciences in 1988 at the same University where served as researcher in Physical Chemistry since 1991. She has been visiting researcher at CNRs in Marseille (1992) and ETH in Zurich (1994). She is associate professor since 2003. Her research activity concerns the thermodynamic stability of biomolecules and their complexes in solution, the interactions between peptides and liposomes and their mechanism of action using calorimetric (DSC and ITC) and spectroscopic (UV / Vis, CD, and Fluorescence) methodologies.