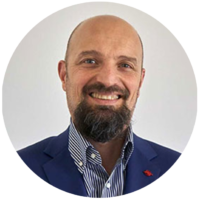 Currently Associate Professor of Agricultural Genetics at the University of Milan. From 1993 to 1999 he worked as postdoc in the plant pathology group at the ETH Zurich and from 2000 to 2016 he was university researcher in genetics at the University of Milan. His main interests are related to the identification of genes controlling important agronomic traits. He acquired a great experience in the development and use of molecular markers in different plant species. More recently he has expanded his research interests by studying genetic variability in natural populations, including high altitude plant species and some animal species. As a result, research topics have also expanded to include the understanding of the genetic control of traits related to ecology and biogeography, and in general to adaptation of species to their environment.
He is the coordinator of the Plant Science, a Master program leading to a double degree title developed with the University of Grenoble-Alpes, France.