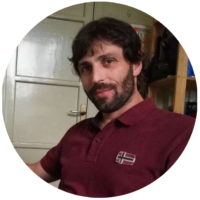 Associate professor of General and Applied Entomology at the University of Milan (IT). In 2013, at the same university he received a PhD in Animal Biology and from 2013 to 2020 he had the role of research associate at the Department of Agricultural and Environmental Sciences. His researches are focused on different aspects of insect ecology and evolution investigated through multidisciplinary approaches. Specifically, his research topics are: i. insects symbiosis, in particular the role of bacteria in conferring new ecological traits to their host (e.g. adaptability to new ecological niches, host plant shift in phytophagous insects); ii. insect ecology and evolution integrating molecular, morphological and ecological data; iii. biodiversity and community structure of invertebrates associated with agroecosystems.