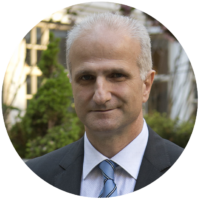 Professor of Entomology at the University of Napoli Federico II (Italy) and Visiting Professor at Newcastle University (UK). In 1989 he received a PhD in Entomology at the University of Napoli Federico II, and, from 1989 to 1991, he was research associate at the Department of Entomology, Texas A&M University, College Station, TX, U.S.A. The study of insect immunity, the molecular physiology of insect multitrophic interactions, and the technologies for insect control that can be developed based on this knowledge are at the core of his research interests. In 2014 he was awarded the Cozzarelli Prize by the National Academy of Sciences of U.S.A. for his work on the molecular mechanism through which the neonicotinoids adversely affect the insect immune response. He currently serves as President of the Italian National Academy of Entomology, and as President of the Italian Entomological Society. He is member of the Council for International Congresses of Entomology, and co-editor in chief of “Journal of Insect Physiology”.