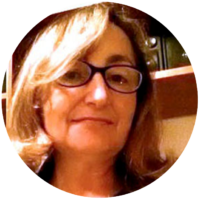 Adjunct Professor of Molecular Biology at the University of Naples (Italy) from 2005 and. in 1992 she received a PhD in Biochemistry Science at the University of Naples. The study of sperm chromatin, sperm nuclear basic proteins and related genes is the core of her research interests. These proteins are also used to evaluate the impact of environmental pollution on reproductive health of marine organisms and humans. In addition she studies the relationship between intoxication by heavy metals, dioxins, fine powders, contaminating chemicals and their treatment with detoxifying foods. She is part of the international network “ Ecofoodfertllity” and member of ESHRE, Biochemical Society; Naturalist society. She belongs to the editorial board of several Journal and is academic editor of PLOS ONE. She has several national and international collaborations in particular with University of Victoria (British Columbia, Canada) and has been invited speaker in several international meetengs