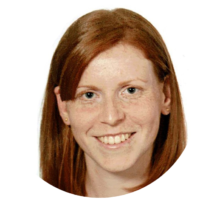 Department of Biotechnology and Life Sciences

Graduated in 2011 in Industrial Biotechnology and Biocatalysis, she accomplished in 2014 a Ph.D in Analysis, Protection, and Management of the Biodiversity Resources, with a thesis awarded with the 2016 SIMGBM Franco Tatò prize for the best Italian Ph.D. thesis in Microbial Biotechnology. Since the beginning of 2015, she has been working in the group of Microbial Biotechnology at University of Insubria (Italy), previously as post-doc and currently as fixed term researcher and adjunct professor. Her main research activities concern: (i) identification, production, characterization of enzymes of biotechnological interest, of genomic or metagenomic origin, with a particular focus on hydrolytic and oxidative enzymes for bioconversion and valorization of recalcitrant biomasses and for biocontrol strategies; (ii) isolation and production of secondary metabolites with antibiotic activity produced by bacteria and fungi.